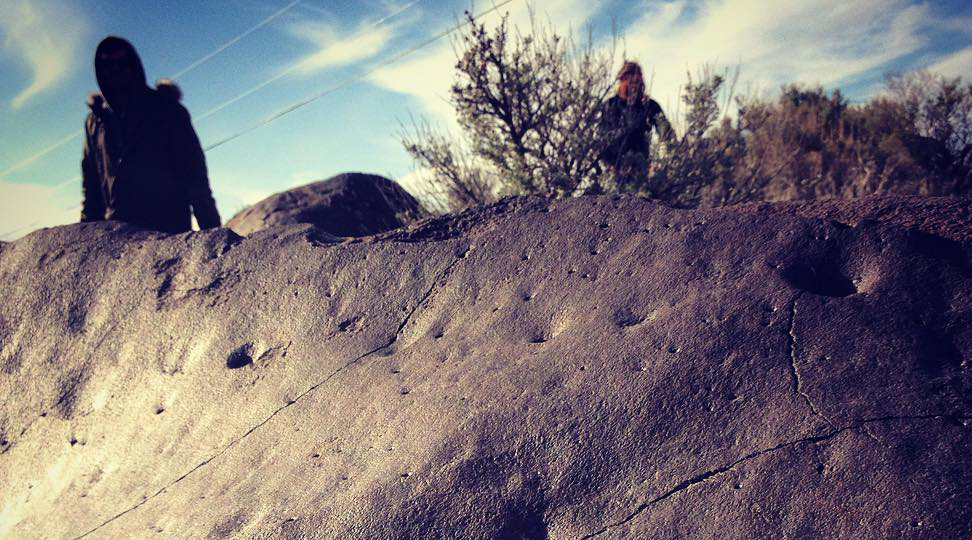 As winter gave way to spring, I found myself in Boise, ID, surrounded by a motley crew of seekers, finders, obliterators, world creators. We holed up in a tiny house for a weekend, and probed the universe for questions, answers, and yet more questions. We laughed, we cried, we grew. And we dispersed just as we arrived.

Douglas Bolles, our host, took some time recently to catch up with me after our Boise Sync Summit on his podcast 42 Minutes. Along the way, he got me to spill the beans on my philosophy of astrology and explain some of my more radical ideas about the subtle sentience behind the sciences of the stars.

He took us on two major excursions: first, to Celebration Park, to poke around the petroglyphs, and then to a local labyrinth near our Summit HQ. I enjoyed the starkness of the first landscape, the old rocks, sturdy in the steady wind, tiny blades of grass raving under the harsh rays of Sun. And as our group of thirteen entered the labyrinth, one broke away and the twelve others held hands as we wound ourselves in and out, one/many (12), solar (12)/lunar (13), snake, egg, limits without limits, spontaneous organization, ripples without end. After returning to Seattle, I noticed that I had come back changed: Find out why in my 42 Minutes interview.