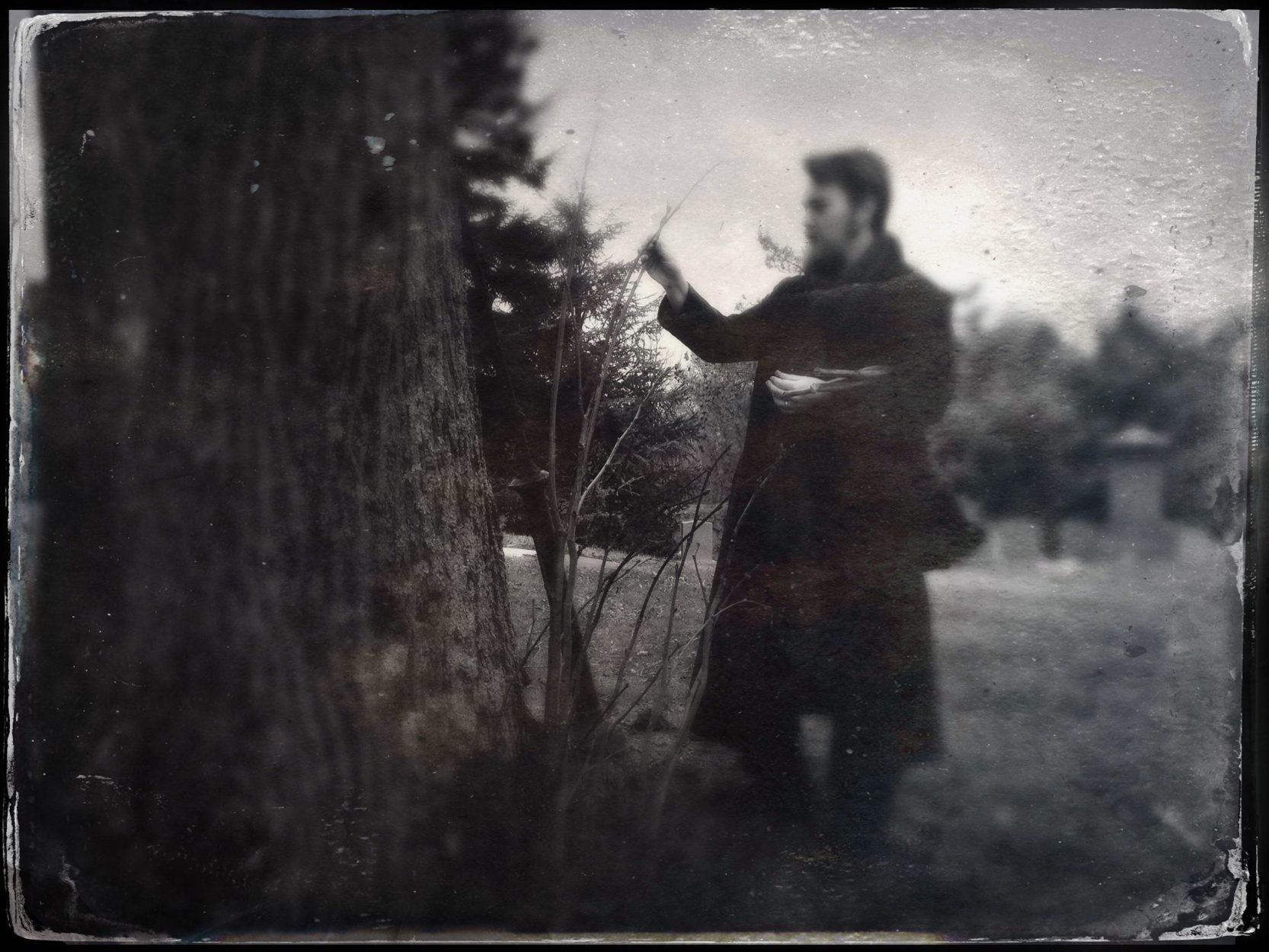 Dr Alexander Cummins drops the wisdom at Kepler College again tomorrow. This time he’ll be teaching geomancy for astrologers. Wait, a second, teaching what? If all of this sounds confusing to you, never fear, this week I got a chance to sit down with him and pick his brain about his workshop that is happening TOMORROW! Even if it’s short notice and you cannot attend, it will be recorded, and you can add it to your arsenal of awesome.

Here’s what the good Dr had to share with me:

JZ: What does a knowledge of geomancy add to an astrologer’s toolkit?

AC: The shortest answer is that geomancy offers astrologers a chance to develop more nuanced understandings of their own symbols. Geomantic divination operates according to what Renaissance occult philosopher Heinrich Cornelius Agrippa calls ‘use and rules of astrology’, which we might think of as the symbolism of astrology – especially the planets, the zodiacal signs, the houses of the heavens, and their various essential dignities and sympathies and antipathies –without any actual astronomical data. Each geomantic figure is awarded a zodiacal identity, and each planet rules two figures. By tracing how geomancy comprehends the expression of these forces and virtues, astrologers broaden and deepen their engagement with the vital organisational principles of the cosmos.

A concrete example is perhaps useful. So, Jupiter is generally said to rule the geomantic figures of Acquisitio, Gain, and Laetitia, Joy. We are perhaps very used to the notion of Jupiter as expansive and wealthy; but this rulership of joyful exuberance is not only a matter of being ‘jovial’ but also well-attested in pre-modern humoural notions of Jupiterian sanguinity. Furthermore, when we look at the figure of Laetitia, it is often interpreted iconographically to be a wedding arch. This extra context of public religiosity, joyful celebration, and the beneficent role of state or church officials, reminds us how appropriate it may be to speak of the wedding as a locus about which all of these Jupiterian forces cohere.

Not only that, but the figures – which somewhat resemble four-lined versions of I Ching hexagrams, with each line made up of one or two dots – can also be used to understand each other. So the figure of Laetitia upside down reads as the Saturnine figure Tristitia, Sorrow. The inverse of Laetitia is Caput Draconis, the Dragon’s Head, a figure of auspicious spiritual beginnings (attributed to the North Node), whereas the inverse of Tristitia is Cauda Draconis, the Dragon’s Tail, which signals fundamental endings and blockages (and is, unsurprisingly, the South Node). As such, geomancy offers astrologers further exploration how astrological symbols operate in a wider variety of manners and with more specific forms of interrelation.

Finally, I would add that geomancy – not reliant on ephemerides – allows an astrologer to quickly cast a figure or whole chart of figures on the fly using anything that can generate odd or even numbers for the one- or two-dotted lines of a figure. Dice and even coin flips are very traditional means for doing this, for instance. This allows a rapid deployment of astrological expertise in the moment. More philosophically, I believe this aspect of geomancy reminds us that astrological forces are not merely present abstractly in the sky, but are grounded in the very soils of the earth, ever-present to us and responsive to our questions. JZ: Your explanations remind me of a poster designed by my friend Kiyan Fox for Ouroboros Press (above). He has combined the geomantic figures with astrological significators. It is a beautiful design, displaying complex symbols. Is it hard to learn geomancy?

AC: No. If you understand the astrological virtues of the zodiacal signs attributed to the geomantic figures already, you have already done most of the necessary heavy lifting of learning geomancy.

The four lines of the geomantic figures remind me of a bass guitar, in the sense that it is one of the easier instruments to pick up and sound pretty good pretty quickly, but also one that both demands and rewards a lifetime of practice, development, and mastery. That earthy melodious backbeat –supportive of overarching harmonies as well as able to provide the funkiest of breakdowns, the bouncing fills of nuance and detail, and occasionally, yes, crushingly heavy revelations! – is also, I think, nicely illustrative of various powerful qualities of geomancy.

JZ: Nice analogy! Rock star geomancy! What frame of mind, or worldview, does one need to adopt to become a good geomancer?

AC: I think a good geomancer sees and works with the elementary realities and results of astral virtues; you know, played out in real time in the real world in real problems and solutions. This is certainly not to suggest astrologers or other diviners are ‘too theoretical’ or ‘not practical’, by any means! It is simply to affirm geomancers divine in the mutability and stability of concrete events, interactions, roots, and experiences. It contains in its ‘quadragram’ figures ideographic representations of the way the natural world is constructed and amalgamated from the four classical elements. Furthermore it traces transformation and coherence as one of the rawest and yet sophisticated engagements with these elements. It is a practice one returns to again and again, just as our apprehension of the four elements is refined over a lifetime of reflection and practice. If you will forgive me speaking Qabalistically, geomancy utterly beholds Kether in Malkuth: the highest in the lowest. A geomancer understands that the sub-lunary realm holds the sparks of the stars’ imbued virtues as much as the stars speak down to us of terrestrial events.

JZ: Can you tell me more about Agrippa?

AC: Try and stop me. Born in Cologne, the (in)famous Renaissance occult philosopher Heinrich Cornelius Agrippa von Nettesheim attended the university there, studying various forms of occult philosophy (such as alchemy, Christian cabala, and angelology) as well as demonstrating a precocious talent for languages. He began teaching at the University of Dole in 1509, and a year later sent the abbot Johannes Trithemus – himself regarded as an excellent occult philosopher and cryptographer as well as a senior clergyman – a draft of the work he is now best known for: the Three Books of Occult Philosophy, an encyclopaedic summary of early modern magical theory. By the end of his life, Agrippa was (as Christopher Lehrich puts it) ‘one of the most influential magical thinkers of the Renaissance’ and was ‘for the next two centuries continually cited (positively or negatively) along with Paracelsus as a founding thinker of the magical schools of thought’. Indeed, his name became a very byword for scholarly intellect, occult expertise and magical power: in Christopher Marlowe’s Doctor Faustus, the eponymous (anti-)hero pledges to become ‘as cunning as Agrippa was, / Whose shadows made all Europe honour him.’

JZ: How does geomancy fit into Agrippa’s work?

AC: Agrippa declares both that ‘no form of divination without astrology is perfect’, and that geomancy is ‘the most accurate of Divinations’, which – especially coming from him – is high praise indeed. Geomancy, owing to the ease with which figures can be generated, may effectively turn almost anything into one of its ‘Celestial figures, viz. to those sixteen’ while also ‘making judgement after an Astrological manner’. Agrippa seems less inclined therefore to say geomancy is some sort of offspring of astrology, as that these sister-arts spring from the same essential premium mobile: ‘For whatsoever is moved, caused or produced in these inferiors, must of necessity imitate the motions, and influences of the superiours, to which, as to its roots, causes, and signs it is reduced.’ Laying aside the pre-modern Golden-Chained language of ‘superiors’ and ‘inferiors’, this clearly shows that geomancy was at least as well regarded as astrology by Agrippa and his contemporaries. Onkel Heinrich actually seems to have been onto a significant turn in Renaissance divination: by the end of the sixteenth century, although a latecomer to the market, geomancy handbooks such as Christopher Cattan’s imaginatively-titled Geomancie required multiple reprints as they consistently sold out.

JZ: What is the most useful way geomancy enhances your life and your work?

AC: It is quite simply one of my main go-to on-the-fly divination systems. I use a method similar to tossing four coins, or I use consecrated dice, and can thus arrive at an answer in the seconds it takes to hunker down, touch the ground, mutter a short prayer and throw my tools. It is fast, concise, direct, and (as I am fond of punning) both grounded and gnomic.

One more specific and more magical methodology in which geomantic influence plays out in my own practice is in the use of dirts from various (often planetary) locations. As I have said, geomancy counsels us that the powers of the stars are present not merely at certain times, but in certain places: there is a terroir of astral virtue which can be engaged with by the enterprising sorcerer. I have written on both specific magical usage from my life and work, as well as on broader philosophical occult approaches to such a ‘dirt sorcery’ in an occasional column of the same name.  (Read more here & here)

JZ: What is the one thing someone needs to understand about geomancy?

AC: One thing? Hmm. The emergence of intricacy from iterations and interrelations of simplicity, perhaps. Or: that the very ground of this divinatory epistemology is enlivened through the inspiring soul of an organic and living cosmos. Or: that there are spirits of geomancy one can work with in order to develop one’s practice alongside studying what books there are available.

Let me try to summarise those three into one. So, if you only need to understand one thing, it is this: Geomancy might seem simple, especially to seasoned astrologers, but contains within its sixteen enspirited figures layers upon layers of interaction that rapidly crystallise into nuanced gradations of significance, available to all and any.

JZ: Fascinating! Thank you for taking the time to clear up some of the mysteries. I look forward to your workshop!

Find out more about Dr Cummins on his blog, and his other blog,
& buy the recording at Kepler College:

And if yr really itching to get him in orbit, check out his book: