What happens to our charts after we die? Do they continue on without us? What would something like posthumous astrology look like? These question has kept me quite busy in recent months. In November, Nina Gryphon approached me to share my thoughts with her new series, Rubicon, happening this Sunday, January 10. And in December, I had a chance to catch up with my colleague Dr Alexander Cummins and chat about it. Here’s some of our back-and-forth to whet your palate:

Jenn: So I’ve been researching the astrology of the afterlife for this upcoming talk…

Jenn: As in, how can we tell if someone is going to become prominent again after they die, Van Gogh style? Just a hypothesis…a public thinking out loud – a stab at a countermeasure to all the past life focus in astrology.

Jenn: When I spoke with Nina about doing Rubicon, she asked me if I had any Saturn thoughts floating about because the topic for her January event is Saturn. So I told her, not exactly, but I have been thinking about a kind of post-Saturn problem… What happens to our charts after we die? I hypothesize that birth, as an ontological event, creates a chart that lives on after the native dies, so that techniques like zodiacal releasing also apply to the legacy of the lived life of the individual. And fixed star astrology has a way to predict your reputation after you die. Then we can talk about more predictable timing techniques like transits to the natal chart as the native’s products of life outlive it (companies, films, stories, inventions etc).

Alexander: So a lifetime might be longer than a lifespan.

Alexander: So, to ask crudely, those same configurations in the nativity can be read as remaining pointing out into the world instead of into the native?

Jenn: What do you mean pointing out into the world?

Alexander: I’m just interested in how the nativity can be read in the legacy on the world, in impact.

Jenn: Yeah… I’m developing the short answer for that now, but don’t have it ready yet. The idea goes like this: if we look at Valens’ rule for prominence, and see that in your chart it doesn’t happen in your lifetime, but you have it happen 84 years from now, after you’re dead, will the things you made (companies, stories, inventions) become prominent at that time?

Jenn: I’d say known to the world, fame of sorts, becoming the highest authoritiy in your field. For example, as Chris Brennan has shown, according to this technique Al Gore has seen his most prominent days. They are over, and he is receding from the global stage. The specific reference is in Book IV of his Anthology.

Alexander: How is a prominence date or period arrived at?

Jenn: The specific technique I am discussing now is called zodiacal releasing. Do you know it?

Alexander: Don’t think I do.

Jenn: Ok, well it is not very easy to describe at first because it isn’t well known yet, but in the tradition of medieval epic poetry, let me try. You know the Lot of Fortune, yes?

Jenn: Hah! OK! The Lot of Fortune is a mathematical point arrived at by taking the arc distance between the Sun and Moon at your birth, and appling that arc to the ascendant. The rules are slightly modified depending on whether you were born during the day or during the night (known as the Sect of your chart). The Lot of Spirit, which comes up in my talk, is the inverse of the Lot of Fortune, when you apply the rules.

Alexander: Got it. So what does that have to do with zodiacal releasing?

Jenn: Zodiacal releasing is a Hellenistic astrological technique used to track periods of activity in someone’s life, and calculating these periods depends upon knowing where someone’s Lot of Fortune or Lot of Spirit are. Once you have the Lot figured out, then you apply the planetary periods in a regular temporal scheme. These planetary periods are fixed: so Mars = 15 years, Venus = 8, and so on… So, using zodiacal releasing you can basically create a road map, an outline of the chapters of someone’s life. My friend Kent and I designed an app for it, here: http://nataltransits.com/timelord.html

If you click that website, you can see the general map as laid out from 1/1/1970 (birthdate of the UNIX operating system).

Jenn: Here’s how to read what you see. The stripes are the periods by planet. On the left, you have the major cycles (referred to commonly as L1 and L2). On the right you see a breakdown of all the levels (L1/L2/L3/L4) side by side.

In zodiacal releasing there are four levels: so you have a major period based on the perfection of the 360 days of the Egyptian year, and then sub periods, which are 1/12 of the amount of the time of the major period. When you see the little mountains, those are what Chris Brennan has been calling “peak periods,” but, to quote Curtis Manwaring, “Valens used the word ‘chrematistikos’ and [Hellenistic astrologer, Robert] Schmidt has translated it as having the meanings ‘busy’ or ‘telling’.” I prefer to think of them as periods of maximum intensity for an individual, without evoking the type of positive imagery Western culture associates with the term “peak” because these times are not alway subjectively positive for the person living through them.

Notice: the stripes that the mountain peaks appear in are always the same color. This has to do with Valens’ interpretive principle regarding prominence using the signs angular to fortune. I’ll go over that in my lecture, suffice it to say, I designed the color coding this way, so that once you know the technique, you can basically instantly identify periods of intensity for your client.

Now, not everyone sees the major L1 peak in their lifetime. That is, will this plebeian will remain unknown forever? However, mathematically these cycles continue after people die. So, does the chart – as an ontological reality – live on past the human life? You can identify peaks by hand using the lists generated by other available software, but this software does the heavy lifting.

Jenn: Do you see it now?

Alexander: Yes, I see the truth of it. What are the lightning bolts?

Jenn: Those are another facet of this technique called “loosing of the bonds.” As Demetra George once shared with me, think of Saturnalia. Put roughly, whatever you were up to before that point changes. It is as though your bond with fate is broken, and you are set free to do something totally different.

Jenn: Yes. It is a pretty fabulous technique.

Alexander: That is cool.

Jenn: Chris Brennan and I ran Van Gogh’s chart thru it, and found that his most impressive record breaking painting sales occurred during his postmortem major peak periods. Chris talks about that in his latest module for his Hellenistic Astrology course.

Jenn: So for my Rubicon talk, I want to look at that more closely and posit that the sheer factor of our birth creates an ontological shift, and that our charts outlive us, that is, our personal astrology does not stop working once we do. What say you, stalwart theoretician!?!

Alexander: I think you make a strong case for it. I like this phrase ontological shift. The virtue of birth itself. Like the virtue of death itself contagious making somewhere unpleasant, not merely the existence of a ghost there.

Jenn: Well it also then begs the question… if our astrology works after we die, what about before we are born? !!!! We are always someone else’s transit.

Jenn: Yeah but I mean I’ve been curious about this, because death appears to be a boundary, but our experience of loved ones dying is not so cut and dry, is it? They are still present to us, and if we look, we may find that transits to their charts manifest events for us (or those of us close to them).

Alexander: Right. What is a presence? Or what forces interplay to allow that person to, well, be-personing. Accrued patina of virtue remaining like a kirlian relief. 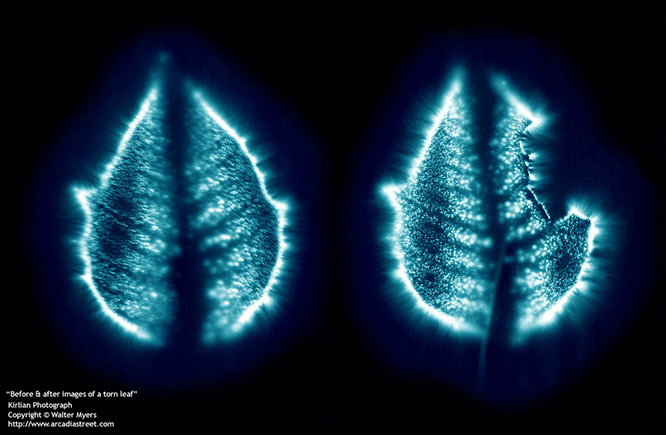 Jenn: I mean, for example, people often talk about past lives in evolutionary astrology, but if we “live on” after our deaths – if our charts are still active, meaning our SOUL is also – then how can we have a “next life”?

Alexander: I like thinking about death as prismatic when considering eschatology of the soul.

Alexander: Well, I just mean, splits you off into various different modalities. Both local haunts and ongoing elevations. Maybe like leaving behind various living serpent skin shed impressions in various astral wossnames of yourself. Like the yew tree, whose branches root and roots branch in an amphibious interplay of life and death.

Jenn: You, more than most, pay attention to this boundary (or seeming boundary). The topic of that day’s talks is Saturn, so I wanted to burst past Saturn and show that another kind of legacy possible.

Jenn: Yeah it’s still so hypothetical. I have no answers here. I’m just playing publicly, seeing what sticks to the wall, inciting new research and maybe some productive anger.

Jenn: Yea, and owning the uncertainty, allowing others to meet you halfway. To have a chance to collectively think about the roots of what we are doing when we read astrologically. We assume certain things about death, but what do we really know? And what can we know through astrology? Can we come up with a posthumous astrology?

I hope you’ll meet me halfway. My Rubicon talk takes place online this Sunday at 12PM PST. Register by clicking the image below: